The first version of the FacileThings mobile client for iPhone is now avalible. You can download it from your smartphone, going directly to the App Store and searching for “facilethings”, or by using this iTunes link. 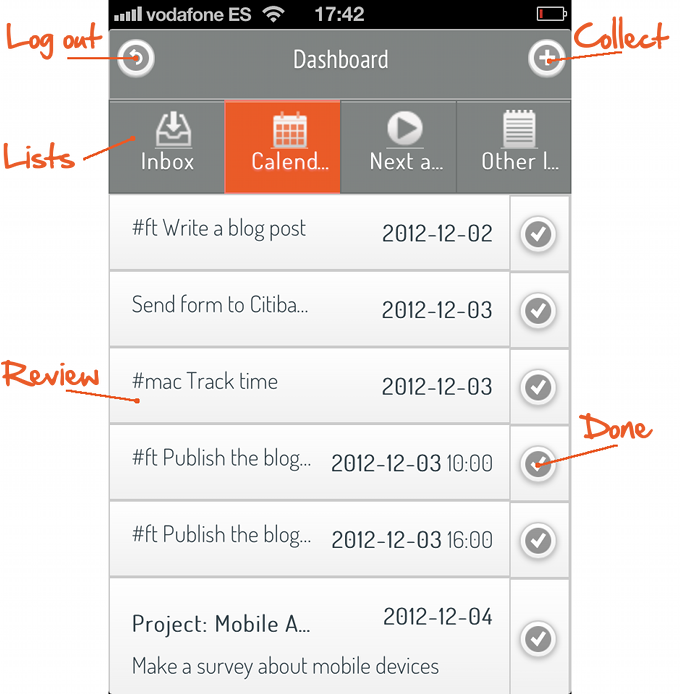 The interface is — like the Android version — very simple and the functionality quite basic. In this first release we have focused primarily on the fundamental operations needed when you are out there (capture stuff, review your lists and mark actions as done), on the performance speed of data access and on the ability to work offline, when the Internet connection fails.

If you are offline, you will see the latest downloaded lists. You can also collect new things and check off tasks. These tasks will be shown in gray color until the app automatically synchronize when the Internet is available again. 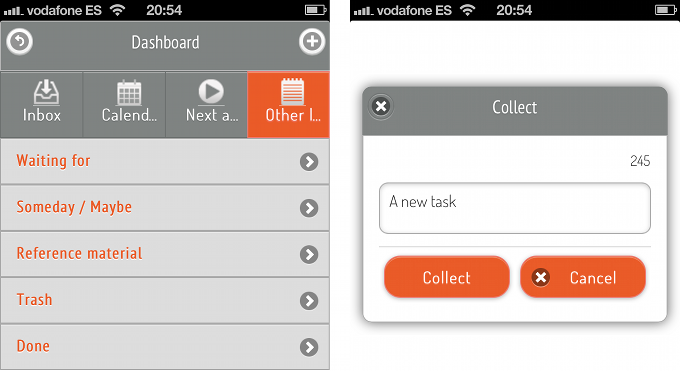 This is a Beta version that we will improve on an ongoing basis with your help. In fact, we are already working on a second release, using the feedback received by the Android users. So, we look forward to your comments!