We have finished the version 1.1 of the FacileThings Mobile App for iPhone and Android and it is available on the Play Store and the App Store.

It has taken longer than we had estimated since we have done more things than were originally planned, but I think it’s been worth it. Now it is a much more useful application, and will allow you to perform all the stages of the GTD control flow. 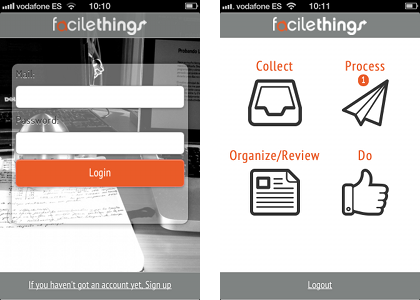 This is the list of new features of version 1.1: 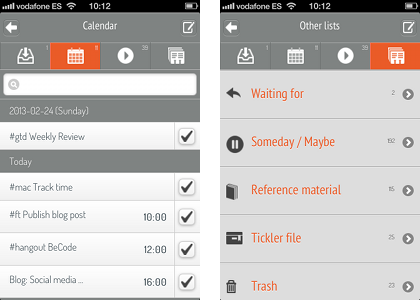 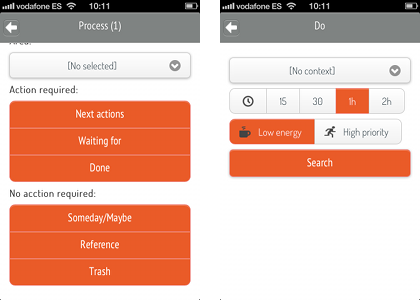 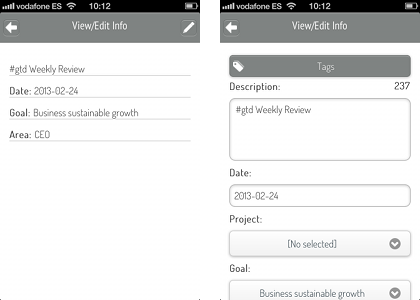 Populating dates. Due to the wide variety of Android devices and OS versions—not all of them use the same format for dates—and different international formats, we decided to leave the design of a date/time picker for the next iteration, so as not to delay this release.

For now, you can enter dates in the input fields for them using the format YYYY-MM-DD, or yo can use the command :day in the description of the task. I remember you some possibilities:

As always, thank you very much for your criticisms and suggestions. Let’s continue improving! :)

Commented over 8 years ago John Iskra

What a pleasant surprise this morning to find this beautiful update! Congratulations!

One suggestion: I'd like to be able to create a project directly when processing.

What a pleasant surprise this morning to find this beautiful update! Congratulations!

One suggestion: I'd like to be able to create a project directly when processing.

Commented over 8 years ago Francisco Sáez

Thank you @John! I note down your suggestion for the next uptade.

Thank you @John! I note down your suggestion for the next uptade.