This weekend we added a feature that allows you to attach your Microsoft Office 365 files (actually, any files you have stored in OneDrive) to the actions of your FacileThings lists.

If you use Office 365 and its famous applications (OneNote, Word, Excel, PowerPoint, etc.), this new tool will allow you to access all your files in the cloud from FacileThings, and attach reference material to your tasks and projects that will help you get them done.

It works in the same way as you currently attach files from Google Drive, Dropbox, and Box: When you are capturing, clarifying or editing an action, you must click on the Files section and then on the (+) icon that appears on the right: 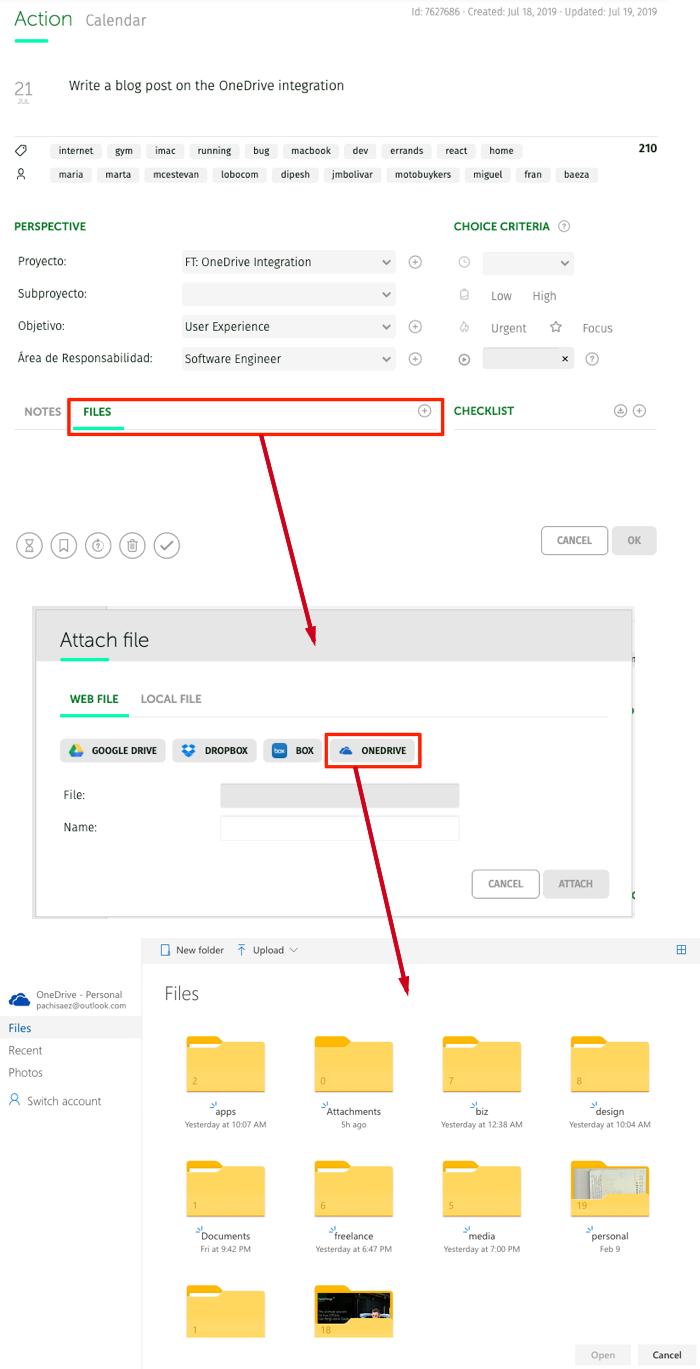 Once the file is selected you can keep the file name in OneDrive or change it to a more meaningful one before saving it.

To have a direct access to the attachments, links to them are now shown in the list items:

Support Material for Projects with OneNote

Since many people have requested an integration with OneNote that allows them to associate their notebooks as support material for the projects (as it’s now done with Evernote), I want to emphasize that this integration with OneDrive allows you to do so.

This is because Microsoft saves OneNote notebooks as a single file (actually, it’s a special type of packaged file that contains other files). Therefore, to associate a OneNote notebook to a project you only have to create an item in the Reference Material list of the project and attach the OneNote file to it. 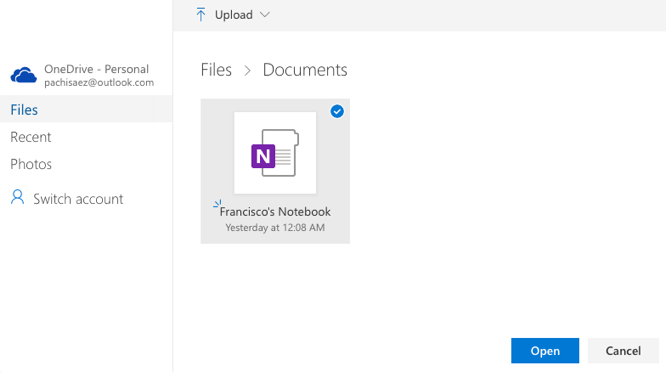 You have addressed true pain points with these changes. Thanks for listening.

You have addressed true pain points with these changes. Thanks for listening.

So glad you find it useful, Jonathan. Thanks!

So glad you find it useful, Jonathan. Thanks!

Commented over 3 years ago Steve

Commented over 3 years ago Shaun Dicker

These are great additions, many thanks!

These are great additions, many thanks!

Excellent integration add ... been waiting for this! I also love the updates to the clarify process; makes things that much more efficient and streamlined ... much appreciated!

Excellent integration add ... been waiting for this! I also love the updates to the clarify process; makes things that much more efficient and streamlined ... much appreciated!

Hi Shaun & Harold, thank you so much for your encouragement!

Hi Shaun & Harold, thank you so much for your encouragement!