How to Increase Your Productivity in Several Times

Increasing your productivity is one of the biggest challenges you will come across in your life. For those that are already fairly productive, doing more might seem like overkill, and if you aren’t doing much, it can be like a herculean feat to just get moving. And it’s not just simply about spending more hours working since a study from Harvard has found that American companies lose as much as $63.2 billion in productivity which is a result of sleep deprivation.

There are only so many hours in a day, and you cannot do everything. However, there are some good habits, tools, and practice we can adopt to make our lives easier and to become more productive in all areas of life. Here are six things which can do wonders for your productivity.

Although it may seem counterintuitive that you should take breaks in order to be more productivity, it has been actually proven by science. The problem is that a lot of employees chose to sacrifice even their lunch break in order to work, mostly because they don’t want their bosses to think they are unproductive. But in reality, after we have been active for a long period of time, our productivity drops, so it’s better to take a short break every hour and come back refreshed and energized. Enjoying your lunch break will help you avoid that afternoon slump.

A study done by Atlassian has shown that your average employee spends about one hour a day in meetings, which works out at about 31 hours per month, which is as much as four working days. Although meetings seem hugely important, nearly half of all employees think they are a huge waste of time. If you are in a position to say no to meetings, you will get an extra hour each day, and if you have to organize a meeting, try and see if you can use modern technology to achieve the same effect. For instance, you can get a lot of things done by sending emails, making a few phone calls, or having a live chat on Skype or Slack.

Doing several things at once might be impossible after all, at least in terms of productivity. According to the American Psychological Association, multitasking diminishes your productivity by 40%, which indicates that our brains aren’t cut out to be multitaskers. Not only will you have a hard time staying focused and remembering things, but you will also become more stressed and get less things done than if you were doing them one by one. One of the biggest time wasters at the office, but also at home is email. If possible, check your email no more than twice a day: once in the morning, and once in the evening. 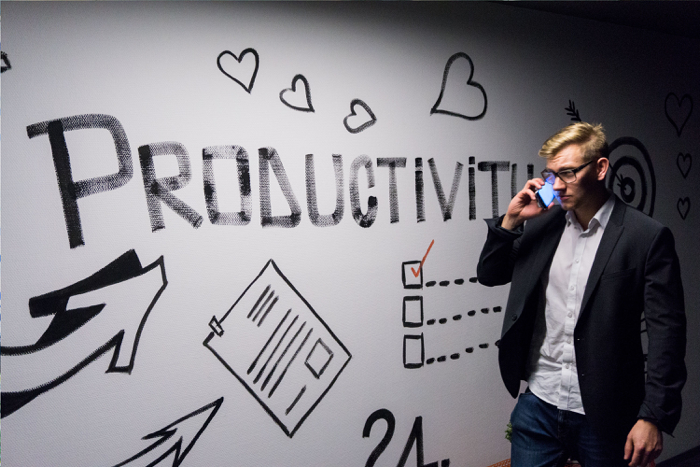 4. Tackle the Most Difficult Tasks during Your Most Productive Hours

It’s incredibly tempting and easy to keep postponing that difficult task that you simply don’t want to deal with right now. But, if you keep on pushing it back, by the time you get to it, you will be too tired from everything that you’ve done up to that point, and then you are probably not going to do it. In order to stay out of trouble, tackle the most complex tasks during your most productive hours. There is no specific rule, but for most people, their peak productivity seems to happen in the early hours of the morning.

This one is not so obvious but setting the temperature just right can have a positive effect on your productivity. Research suggests that temperatures which are too cold make employees sad and less productive. On the other hand, if you make the office too hot, people get sweaty and nervous, or they get drowsy. The ideal work temperature should be between 65 and 70 degrees Fahrenheit, or somewhere between 18 and 22 degrees Celsius.

6. Do Away with all the Distractions

As we have already pointed out, you should avoid checking your email every so often, and the same goes for your phone and social media accounts. If you find that you are not disciplined enough to avoid getting distracted, there are plenty of productivity apps out there which are capable of blocking access to distracting content until you have finished your work, and they cannot be turned off even if you were to restart your computer.

As you can see, being more productive isn’t necessarily about spending more time working, but about working in a more efficient manner and creating ideal conditions for yourself. Start implementing these tips today and you will see an improvement in no time. 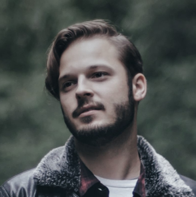 Peter is the best editor of BestEssayTips. He is a socially active person, likes traveling and photo/video editing. He finds himself in writing. Feel free to contact him on Google+.

Commented over 3 years ago Gina

You can also try some productivity techniques, such as the Kanban method. It's quite easy but works very well. All you need is a board divided into 3 categories (to do, in progress, done). You put each of your tasks into one of the categories. If you want to get more information about the method, check here: kanbantool.com/kanban-library/introduction

You can also try some productivity techniques, such as the Kanban method. It's quite easy but works very well. All you need is a board divided into 3 categories (to do, in progress, done). You put each of your tasks into one of the categories. If you want to get more information about the method, check here: kanbantool.com/kanban-library/introduction