Here’s How to Assemble, Motivate and Keep a Great Team Happy!

Let’s play a word association game! Jumper-Athlete, Jupiter-Planet, Hero-Spiderman, Greek-God, Team-Spirit….. Stop! That’s our topic of the day. Now there is a reason why we cannot separate the term team spirit. It reflects a well-orchestrated functioning group of people, working efficiently towards a common goal. But at the same time, the term can become your worst nightmare especially if it is divided into two and don’t get along.

Leading a team whether it incorporates 10 or 100 in numbers is never easy. I mean bringing a bunch of different individuals (with different temperaments) under one hood is more like making Captain America and Iron man work together. This often leads to clashes, miscommunication and can definitely result in low work productivity. However, if things handled intact can completely turn the table. All you require doing is getting them on the same page and also making them work in unison to achieve a common goal. Well, it is no small feat!

Before we delve into the subject deeper let’s understand the psychology of how a team is formed? Let’s bifurcate the process into 4 stages:

Empower Your Teams to Be More Productive

Speaking of productivity, further, I would like to mention how to empower your teams to be more productive. But before that, it is very important to know that we humans are always searching for meaning. So what you need to do is to assign meaning to their daily tasks, as mundane and routine as they may be. Acquiring a strong sense of meaning drives people to work together and to strive to help others. Here I would like to mention a few tactics that can facilitate you to improve team performance in no time.

Give them some ownership

Being a leader, it becomes very crucial for one to understand the power of ownership and authority. Giving ownership to the team members means nothing but letting them take their own decisions and making them accountable for their work.

Now the moment when you take a team member accountable for his work, this induces a rare sense of responsibility in him regarding his work. In addition to this, they themselves start seeing their work differently in a way that their decisions can impact the performance of the entire team. Isn’t it cool!

Now ownership can be nailed down into different forms starting from leading a project to handling the responsibility of a task. This clearly shows that you have entrusted him and his capabilities to handle a specific job.

Acknowledge and Give Relevant Incentives

Employees work best when they are given a reason; be it in terms of monetary or award sort of a thing. Whatever our position is, we all want our efforts to be appreciated and prefer to have a little more than a “virtual pat on the back” from our bosses. And that’s the reason why many employers choose to implement incentive programs to keep their employees motivated.

Also never forget to acknowledge them for their efforts. You know nothing can add to the productivity if an employee feels that his contribution isn’t being valued enough. Try having a public act of appreciation instead of a virtual congratulatory word inspires others in the team as well to do their best.

Being a start performer, you should know that you must rely on your team to get better results. A Harvard study published in 2006 revealed that the overall performance of heart surgeons improved over time (patient mortality was the outcome measured) when they were able to consistently work with their usual team at the primary hospital they performed in. When surgeons would fill in for their doctors, this led to cohesion improvement.

Fortunately, it is possible to classify team cohesion based on the task at hand and social factors associated with being part of a team.

Managers have multiple roles and responsibilities to perform at the same time and one of the important tasks of management is to utilize all the company’s assets most efficiently and productively possible. So if you are managing a company, then it’s your main job to represent the company asset that you should run as productively as possible. However, this is not just it! There are probably many ways to make surroundings effective and meaningful. All you have to do is keep trying and in the end, you will be able to change your team performance for the better. 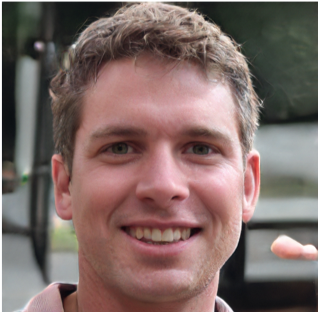 Charles is a Business Analyst at Tatvasoft UK, a leading software outsourcing company in London. Besides his profession, Charles likes to share some new and trending technical aspects. Please visit https://www.tatvasoft.co.uk/ to know more about his company.

Commented over 2 years ago Bridget

I think it's also important to provide your team with good productivity and collaboration tools that will make employees' work easier. My team's performance has really increased since we started to use kanbantool.com . We don't overlap our tasks anymore, we communicate more effectively and do our tasks faster.

I think it's also important to provide your team with good productivity and collaboration tools that will make employees' work easier. My team's performance has really increased since we started to use kanbantool.com . We don't overlap our tasks anymore, we communicate more effectively and do our tasks faster.